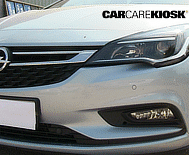 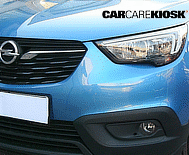 Opel is a German car Company founded in the late 1800s that traces its roots to sewing machine manufacturer Adam Opel. Opel became a subsidiary of General Motors in 1931 and sells vehicles under the Opel brand in Europe, the Vauxhall brand in the UK, the Holden brand in Australia and the Buick brand in the US.

An early adopter of the mass production assembly line, Opel was the first German car manufacturer to produce over 100,000 vehicles in a year in 1935. After rebuilding its heavily-damaged Rüsselsheim factory, post-war era Opels were positioned between VW on the lower end of the pricing spectrum and Mercedes-Benz on the high end. Opel was a stronger performer than GM’s Vauxhall cars during this period and General Motors now rebadges Opels as Vauxhalls in the United Kingdom.

GM introduced the Opel Omega in 1996 to the US market as the Cadillac Catera. Despite being marketed as the “the Caddy that zigs” by supermodel Cindy Crawford, the Catera was a sales flop and not renewed. Despite another ill-timed attempt to sell Opels to Americans in 2008 with the Saturn Astra, Buick sedans are increasingly based Opels and selling reasonably well.

Opel continues to leverage its design prowess and manufacturing efficiencies with popular nameplates including the Opel Agila, Astra, Corsa, Insignia and Vectra. As one of Europe’s largest automakers, Opel can be expected to continue its sales success with innovative designs and strong value propositions.

“Very good video, It help me. Thanks!”

“The video just save me the cost of paying someone to change the turn signal light bulb on my 2000 Acura TL. I will try to find out what it would have cost to have it done and I plan to donate a percentage of that to this effort. Thanks ”

“Thank you. I think you guys did a great job there on the website. I watched the tutorial on replacing the battery and cleaning the terminals and just actually did the replacement this morning for my car. So... many thanks to you. ”

“This is the website/service I have been waiting for! Free is great but to give you an idea of how much I value an auto repairs reference/resource, I would be willing to support a good service like this with a small subscription or donation. I think this is a great business idea for you. I hope the community uploads some videos and your content grows. THANK YOU! ”

“Watching what one has to go through to change the head light bulb on this Chevy, all I can say is I'm really glad I own a FORD! ”